Poinsettia plants should be kept away from children and pets because they are poisonous. FALSE! It is common around Christmas time for people to warn one another about the alleged toxicity of poinsettias. This is one belief that is so widespread that a survey of florists found that most of them believed it to be true also. This error is because it has been the conventional understanding about poinsettias for many years.

The consensus of governmental agencies, health centers, veterinary groups, and plant and flower organizations is that poinsettias are not toxic and do not pose a health threat to children or pets.

POISONDEX (resource used by US poison control centers); references that is would take more than 500 leaves to be eaten by a 50 pound child to exceed the experimental doses that found no toxicity. Data collected in 1995 by the American Association of Poison Control Centers reported that out of 22,793 cases, no significant toxicity was found with ingestion of the plant.

The ASPCA Animal Poison Control in Urbana, Illinois says it regards poinsettias as having such low toxicity risk that it doesn’t even recommend decontaminating animals that may have ingested them. The center says that there can sometimes be gastrointestinal distress from having ingested something alien to the digestive system regardless of what it is.

The American Veterinary Medicine Association of America (AVMA) doesn’t include poinsettias on its list of plants that are a threat to animals.

Because of the belief that poinsettias are toxic, there are numerous visits to hospitals each year by concerned parents or pet owners whose children or pet have ingested or in some other way been exposed to poinsettias.

The American Medical Handbook of Poisonous and Injurious Plants references that ingestion of the poinsettia plant may produce vomiting, but no toxic effects. Results of a 1995 Society of America Florists poll, conducted by Bruskin-Goldring found of those polled:

►  45% falsely believed chocolate can cause acne

►  45% falsely believed sugar can cause diabetes

►  66% falsely believed ingestion of the poinsettia plant to be toxic

A study released in 2000 by Children’s Hospital of Pittsburgh and Carnegie Mellon University found that out of nearly 23,000 poinsettia exposures reported to poison control centers nationwide, there are essentially no toxicity of significance of any kind.

INGESTION OF THE PLANT IS NOT TOXIC, THOUGH MAY CAUSE SOME STOMACH IRRITATION. 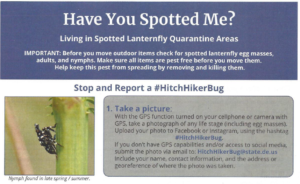